When a coworker lives | A tribute to James Moorman Customer support is by far the most thankless job in the domain name industry. Maybe in any industry. What we know from domain support is that any time that phone rings or an email shows up—which is several times per minute—the breadth of what the issue could be is Grand Canyon deep and wide. It’s a chasm that stretches from typos, to email, to security, to some little nuance yet to be discovered in the light years between website settings and website reality.

James showed up from eNom, after years of putting in extra time helping people around the globe and on his team. He’d been out to Name.com before and we’d liked him. We knew he was right for this weird little office when he volunteered to be in a video. His first role: smashing a laptop with a golf club. He nailed it. Literally.

And then, in a sacrifice probably not common among the Harley community, he shaved his beloved biker beard for his starring debut in the roll out of eNom’s enhanced customer support experience.

When he got to Name.com, we knew that he knew support. We knew he was loved by the people who worked with him. But there was an extra factor that helped us realize that he was the right guy to bring together our team.

On Friday, just last week, he showed up and bellowed that he thought it was picture day. It was. And he was disappointed in us. Dressed in our generic summer tech industry casual, we spun from our computers to see James dressed in full Easy Rider. He had on his chaps, vest, patches and bandana. He slid his sunglasses over his eyes and we could tell he got it. He got it better than us. That thing we always talk about. Thought pieces spread across the internet laboring over the hope of creating a work/life balance. And here was James, a six-foot exclamation point, working for something bigger than just the job.

We turned and looked at him. There he was, arms stretched to full wingspan, showing us with some indignation that he was ready to share who he was, but what in the hell was our problem? 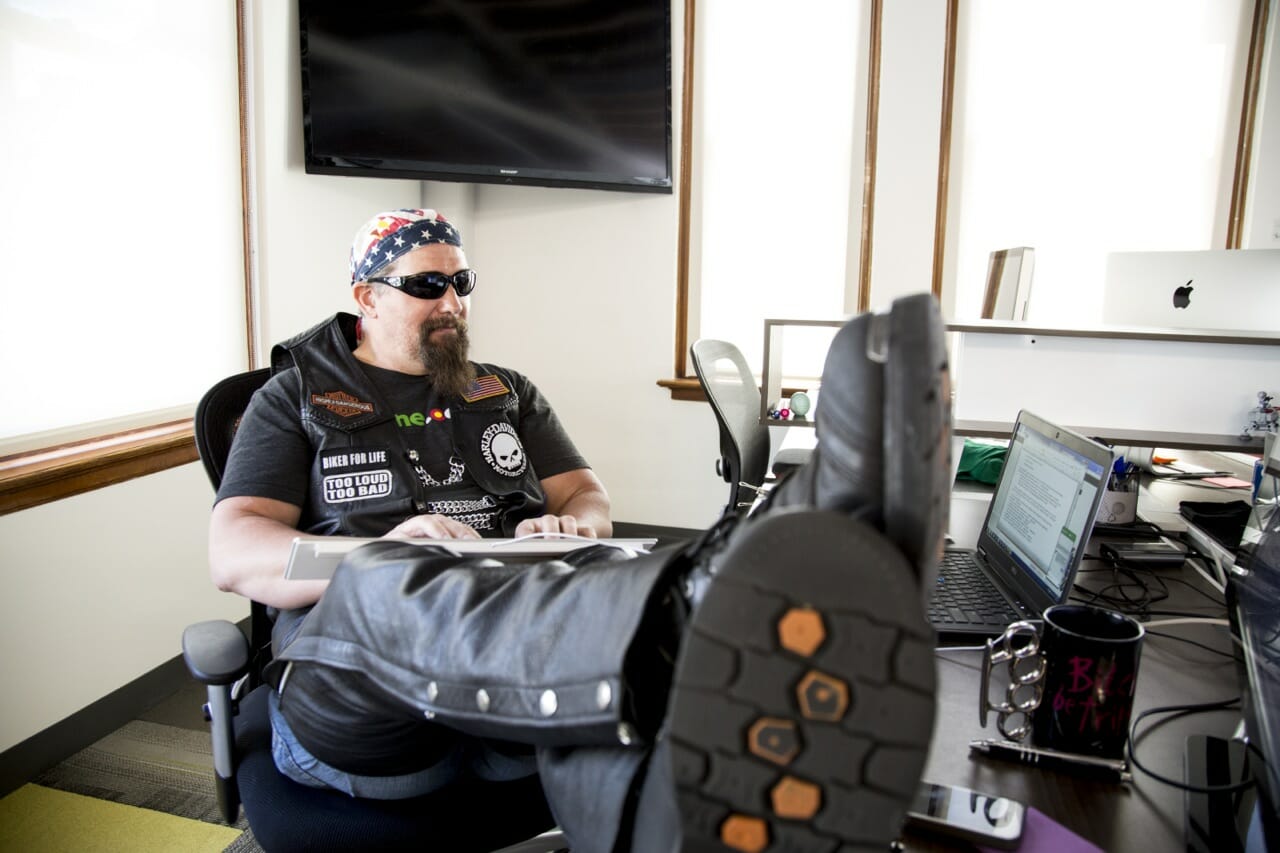 I got a twinge of jealousy: this guy knows what he likes. If someone were to ask me my hobby—and I’d bet a herd of others from the community to share our hobbies—sadly it might be at the same dull glow of the computer we look at all day long.

We went out on the deck and took a picture. The sun drenched our conversation about Colorado being perfect place for riding Harleys. This is the Harley state, I told him. Lots of blue sky and lots of amazing terrain. Adventure is everywhere.

James had just moved out from Seattle and we felt our Centennial state had what he was looking for. We felt proud in that way you do when you want to show off your home field. It turns out that during the few months we got to share with James, he was the one who was showing us how to live in Colorado. 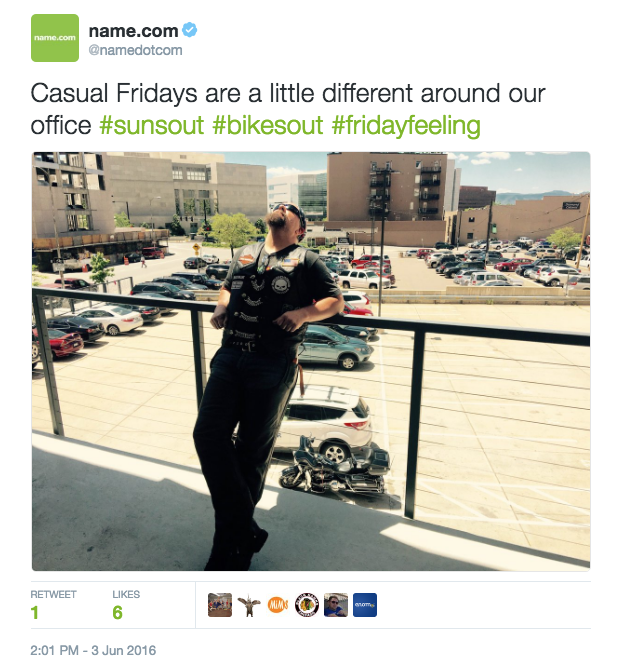 In loving memory of James Moorman. The growth & perception of New Domains in 2016