The long road to internet success, part 2: When you’re consistently not consistent Part 2 of the series, “The long road to internet success” Read Part 1 here.

I’ve read that people who have children live longer. Not sure if that’s a punishment, but here it’s helpful to illustrate success. I’m not saying if you don’t have children you’re not a success. I have three and I’d love to hear from some non-breeders about how they sleep in and have extra cash. (And maybe in a sultry English accent not unlike Keira Knightley if at all possible.)

The point here is that kids are like goals: you gotta nurture them or they’ll never move out of the basement. And apparently that’s where I fail on a regular basis. I’m not tending to my goals and they’re wilting in the dark.

The kids, on the other hand, are doing quite well with cocoa.

When you’re not good at goals

To catch you up, this series is designed to help you and me as I share ways to pursue big goals. In this case, it’s making my wife approximately 23% more confident in my getting picked to host the Academy Awards. Yeah, that’s huge.

With no idea of where to begin, I reached out to Name.com customer Helene Kwong, who advises people on how to build a better social media presence. With my initial goal of getting 500 Likes on my Facebook page, I’m going to follow her three-pronged solution to success: content, consistency, and community. I don’t do too badly with two of the Cs, but I’m terrible with consistency.

Here’s an actual chart with the actual number of comedy shows I did over a three year period. It’s giving consistency the middle finger. 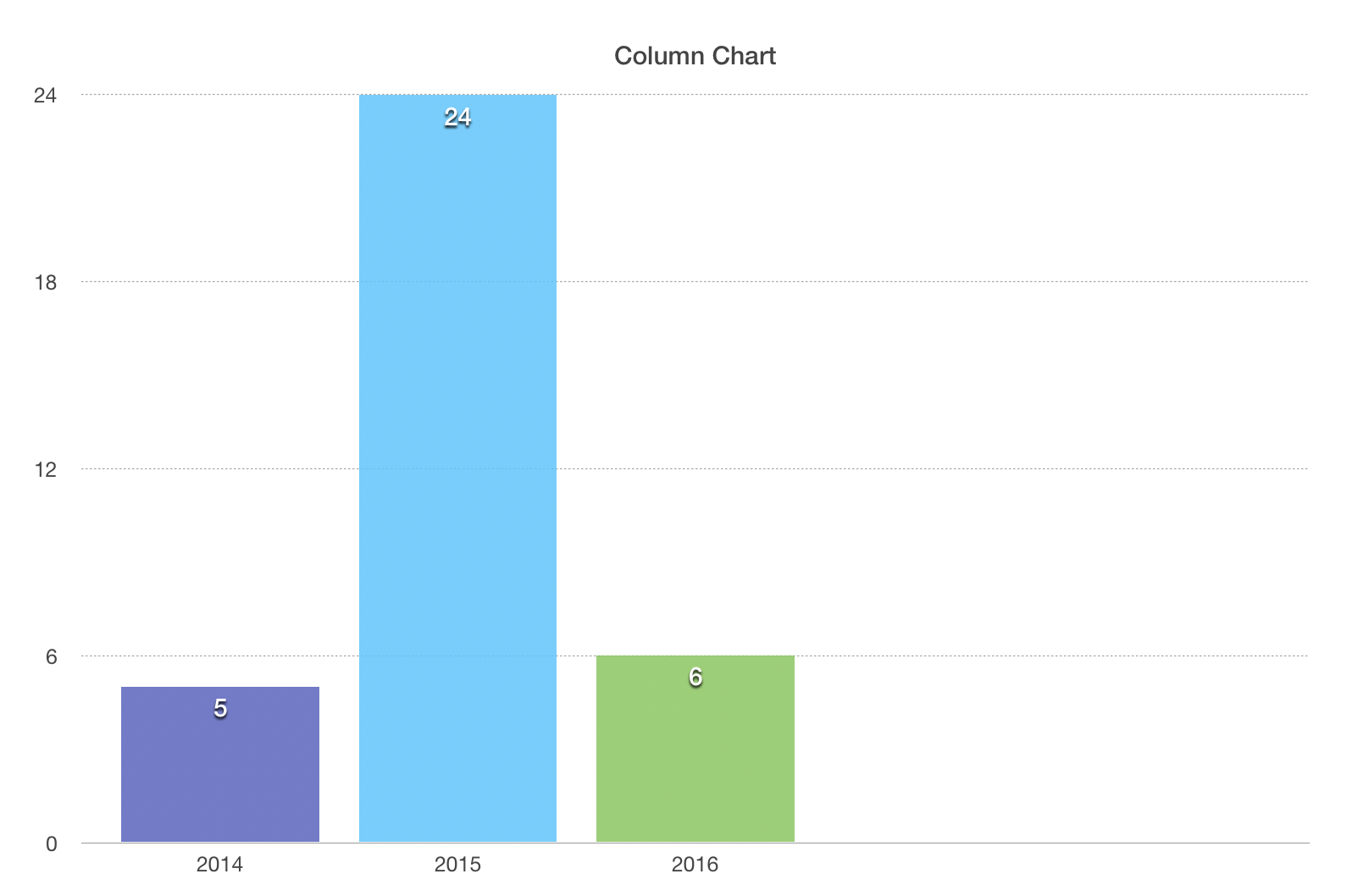 I have found that if you don’t have a content calendar then you’re setting yourself up for failure. I’ve never had a content calendar. If I’m going to book events and interview people, I need to lay out a timeline and stick to it.

A reminder that this goal isn’t necessarily to host the Academy Awards—which would be awesome, btw—but more about doing the things to make my wife approximately 23% more confidence in my getting a shot at hosting the Academy Awards, which is a far more difficult task.

And, in general, this series is pretty much a journey into the bowels of what it takes to get anywhere in life.

Next week: Getting the content. Will it even be funny?